Another Retro Post.  This time I'm documenting converting the Astro from All Wheel Drive (AWD) to proper Four Wheel Drive (4WD) with a 2-speed NP233 Transfer Case sourced from a 2000 S-10 Blazer LS 2-door.  (Thanks again, General, for making parts-interchange work so well!)

This was almost installed as a "kit", as I purchased 95% of the bits from another Astro/Safari owner.  His original thread is here, and includes a lot of other good detail.  Check it out, if you're headed down this path.  The completeness of the work Dean did means there's very little new "art" here (which is why I initially didn't do much write-up), but once again, this could be useful for someone outside the Astro/Safari community. 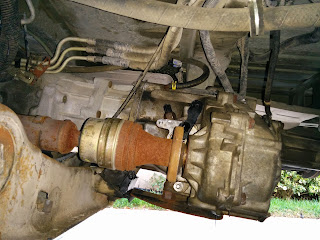 First things first. The transfer case and eBay replacement front driveshaft (to cure my clunk/knock/click issue) bolt in without modification.  This is down to careful parts sourcing.  Some NP233 and NP231 transfer cases from other GM products have a different "clocking" and are rotated slightly when bolted to the back of the transmission.  In those cases, it is necessary to cut a notch in the transmission cross-member and weld in reinforcement.  In this case, everything just bolts-up.  Nice. 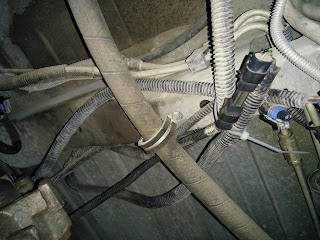 The guy who helped me install the case was pretty nervous about not reconnecting all these sensors.  Told him to "trust me".  Only the main VSS sensor gets reconnected, the other looms just get zip-tied out of the way.  Note that the "kit" I received from Dean had this pigtail all fabbed to be plug-n-play.  If your sourcing your own bits, I think you'll need to adapt or source the correct VSS plug. 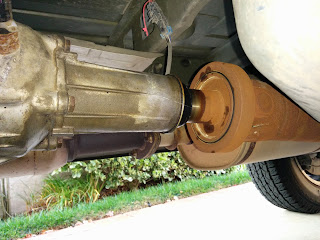 Should I be concerned about the "clean spot" on the rear driveshaft?  This is with the van on its wheels.  Is it too short or is it just clean from compression under load?  (Verdict: It seems to be fine, that spot just gets cleaned as the driveshaft moves inwards when the rear suspension compresses.) 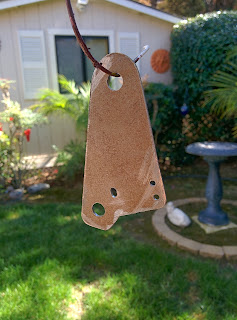 Here's my one "new" contribution.  This bracket will mount a microswitch to tell the ECU when I'm in 4Low.
Normally, the Astro's main ECU get's freaked-out when you switch into 4Low and it sees that the VSS signal doesn't match the Engine RPMs, etc.  When this happens, the ECU will prevent the transmission from upshifting beyond 2nd gear.  It's a sort of "limp home" mode.

In another shining tribute to the General's parts-interoperability, we've found that the Astro/Safari ECU contains the same functionality as that of the 4WD Blazers - if you ground a particular pin on the connector, the ECU realizes it's in 4Low and adjusts the expected VSS signals, and everything works correctly!

And after adjustment and painting. 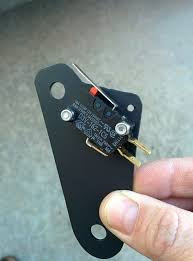 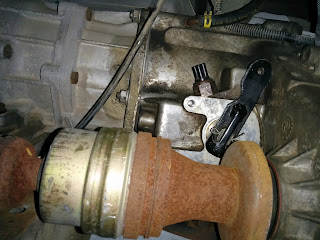 It'll mount here under the shift-cable bracket and close when the selector lever is pulled 100%. 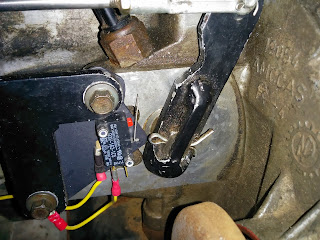 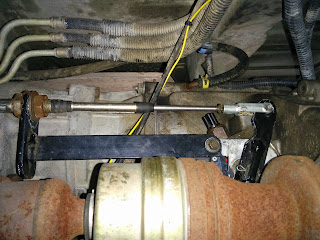 I fretted this whole shift linkage for WAAAY too long.  Dean had it all figured out. 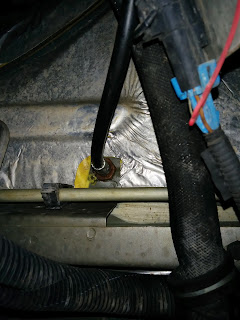 A single hole in the floor takes the cable up to the cabin. 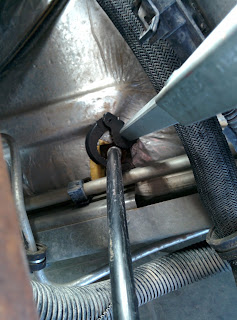 Oddly enough, it turns out the best tool for tightening this end of the linkage ended up being my small sink-basin wrench.  A crow's foot wrench would have worked too... 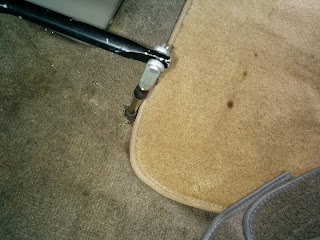 In the cabin, just a single, tidy hole.  Still looking for a nice plate to top this off.  The rubber bush at floor level should be just right to trap something decorative there. 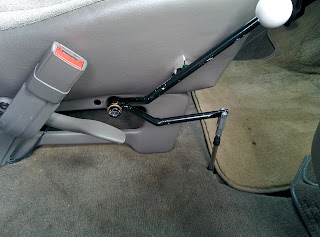 Connect to the shift lever, and I'm mechanically done. 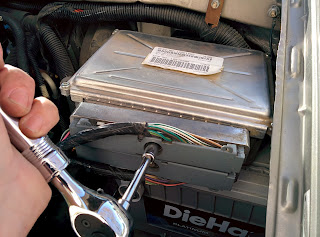 Next comes the electrical.  I haven't seen much of this, so I'll try to describe:  Disconnect the battery.  Unlock the ECU.  Remove the appropriate connector.  In my case, C2 is the "Green" block (versus the Blue block).  This varies by year, so check your Astro/Safari wiring diagrams carefully before proceeding.

Carefully remove the plastic cover on the back of the plug to expose the insertion end. 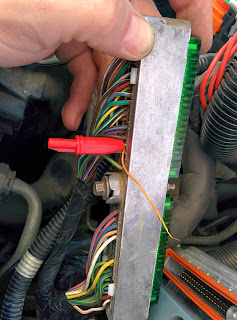 Here I use a pin insertion tool to add the missing wire for the "4Low Signal".  (Connector 2, Terminal 16, for '01-'05 vans).  There's an orange rubber "gasket" that fills the hole for the pin.  You can use the insertion tool to just push the new terminal right past this. 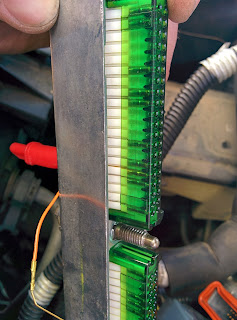 You can just make out the tip of the insertion tool in the block.  Remove the tool and tug on the wire to make sure the terminal is seated and locked. 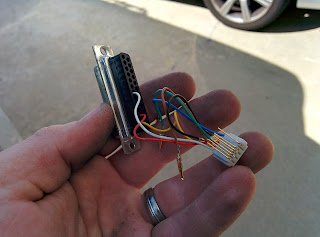 I didn't have any un-crimped connectors of the right size, so I just harvested a short lead from this DB25 cable adapter. (The white block on the right was originally the inside portion of a CAT5 connector) 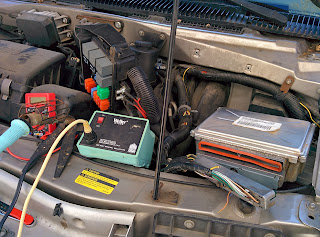 Then I soldered this little lead to the end of the hookup wire I ran from the switch end of things.  I ran the wire along the same run I used for the #2 jumper cables that connect the house battery, since they followed a convenient path.  Right about now is when my wife came home.  Always makes her nervous to see my soldering iron sitting in an engine bay...   After testing that the switch correctly grounded the pin at the terminal block, I re-inserted the connector to the ECU (observing the warnings about not over-torquing that bolt!). 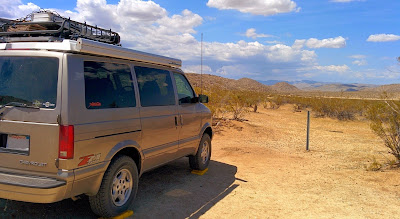 Last step was to apply the Z71/4x4 stickers on the rear quarters of the van.  The nice thing is that this all works so well and looks so good that people keep telling me that they "Didn't know Chevy sold 'em that way"!

The whole project was really worth it.  There have been any number of situations where being able to pull that shifter up into 4-Low has been really helpful.  Kimberley really isn't into hard-core off-roading, so being able to just slow down and pick my line without bouncing over bumps and riding the brakes works out really well.  Best of all, this is 100% reversible, since I've kept the original transfer case.
Posted by Choose_Adventure at 12:22 PM