Well, we're about a week into 2018 and I'm just getting serious about finishing a writeup for 2017.  That's just about right, I guess.  2017 was the year of feeling very much on the back-foot much of the time for us.  Not that this is a complaint - being on the back foot at least means you're still in the fight, right?  And more importantly, things have felt hectic mostly because we've been busy doing a lot of worthwhile stuff.

2017 was definitely a year chock-full of travel! 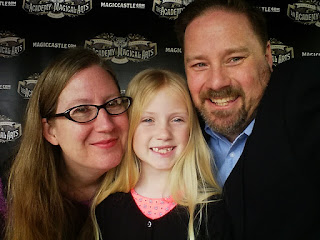 In February, we took Annika for what has become her annual spring visit to her Grandparents in L.A.  Her school district insists that "President's week" is a 5-day-vacation-worthy thing, but my personal opinion is that someone who's in charge of scheduling is just really into early-spring skiing. At any rate, the spring visit to Kimberley's parents is always a huge treat for Annika, but this year we also got to spend a day at the Magic Castle - Annika's first (but certainly not last) visit.  Annika, like her Dad, is most impressed by Close-Up Magic. 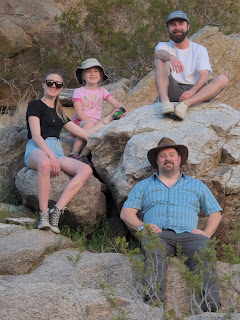 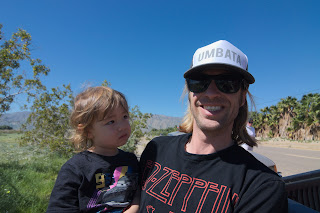 In March, we were able to find a clear spot on the calendar for a short overnight camping trip to the desert with some of the extended family.  Camping with the three of us is always an adventure, but camping with larger groups of friends and/or family is always better!  The weather was beautiful and our timing coincided perfectly with the so-called "Superbloom" of desert wildflowers fed by a wet winter.  Great photo opportunities popped up in every direction (more on this later).  Aside from a massive influx of day-tourists to the tiny town of Borrego Springs (dubbed "Flowergeddon" by the locals, for the resulting traffic snarl), it was a wonderful weekend.

April began the really serious travel for the year.  Thanks to some promotional fares from discount Wow Airlines, we were able to take a quick week-plus trip to southern Germany, via Iceland.  Better still, we were able to convince Kimberley's mom Penny to join us! 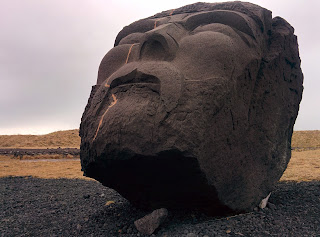 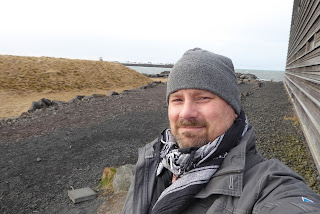 As an Icelandic airline, Wow hubs all their flights through Keflavík, just outside of Reykjavík, and they're timed such that a day or more of layover in Iceland is "encouraged".  Germany was the target of this trip, but 16 hours on the Reykjanesbær peninsula was just enough time to get a sense of life on an island in the windy North Atlantic, and to visit the fabulous "Viking World" museum. 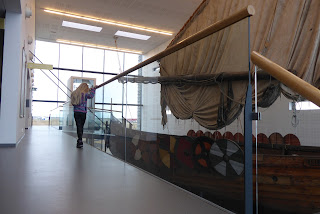 This was poignant for a variety of reasons - Mike had heard of the museum as author Neil Gaiman had often talked about how a visit had planted the seed of inspiration for what eventually became his 2001 book American Gods (one of Mike's favorites).  In a well-timed coincidence, Gaiman had also just released Norse Mythology, his re-telling of the stories Mike had been telling Annika around campfires for years.  This confluence led to Annika's growing affinity for her Nordic heritage.  With this visit, walking the deck of their longship, and seeing her Dad's stories brought to life in colorful dioramas, definitely cemented that strong sense of ancestry.  Later in the year Annika, unprompted and mostly un-aided, wrote a full oral report on the Norse Gods and some of their (safe-for-school-audiences) myths. 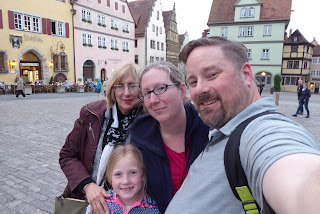 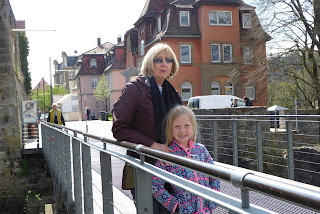 The rest of the trip through Germany was a wonderful whirlwind.  With less than six full days on the ground, we blasted through a "greatest hits" from our previous trip, with a few new diversions along the way.  Annika and Penny were both just as captivated by Rothenburg ob der Tauber as Kimberley and Mike had been in 2006, and experiencing the Night Watchman's tour by full-moon was an extra treat.  Annika charmed the local restaurateurs by going to town, solo, on an entire roasted pork knuckle.  Free ice cream with the kitchen-staff is apparently the reward for such feats in Germany!  (Annika flooring the locals with her palate would be a theme of this trip - the diners at a locals-only weinstube in Baden-Baden were similarly smitten when she ate more than her half of a plate of escargot shared with Dad!) 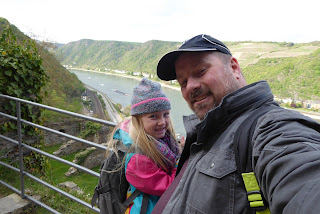 Seeing more history come alive for Annika on the banks of the Rhine in Bacharach and Sankt Goar, and at Burg Eltz, and at the Schwarzwälder Freilichtmuseum, was probably the highlight for us. 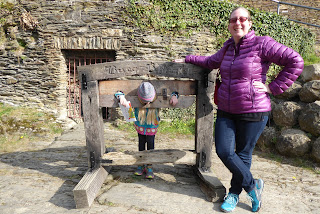 We truly had a charmed-life for the trip.  We arrived to the town square in Schwäbisch Hall literally just as the noon bells began to ring, as if to welcome us. Not long after, we bumped into an American ex-pat and were invited in to meet his family and see his 400+ year-old merchant's home on the Herrngasse.  Despite predictions for a wet Easter week, we were apparently able to pack some SoCal sunshine into our carry-ons! 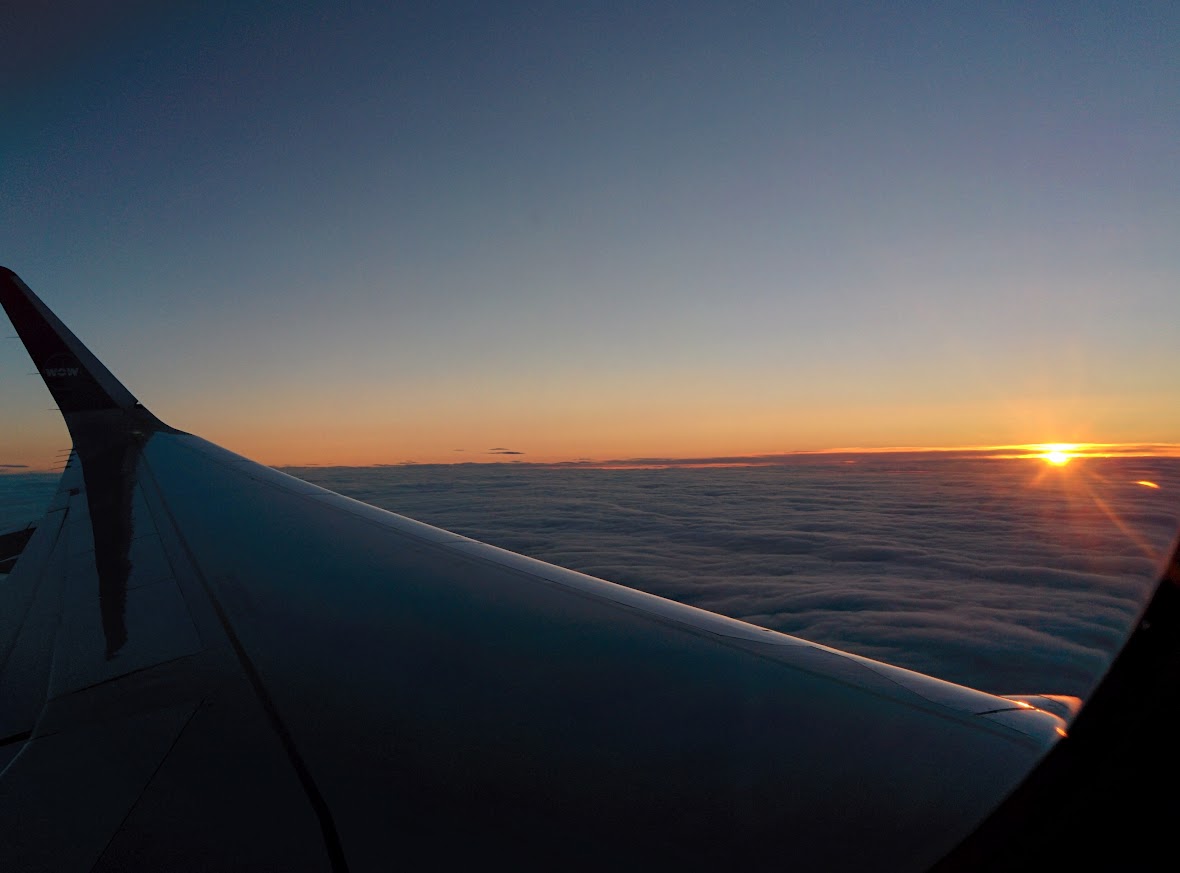 After our spring trip, we didn't travel again until August - to a party more than a year in the making - the Great American Eclipse of 2017!  At the invitation of Mike's Aunt Nancy and Uncle Tim, we took just a couple days off work to rush up to Oregon and Washington for the event.  Between Mike's normal space-geekery and Annika's burgeoning appreciation for all things science, you might have thought this would have been a long weekend of scholarly and intellectual interest.  In reality, while the eclipse happened, the real treat was the four-day long party with family and new friends. 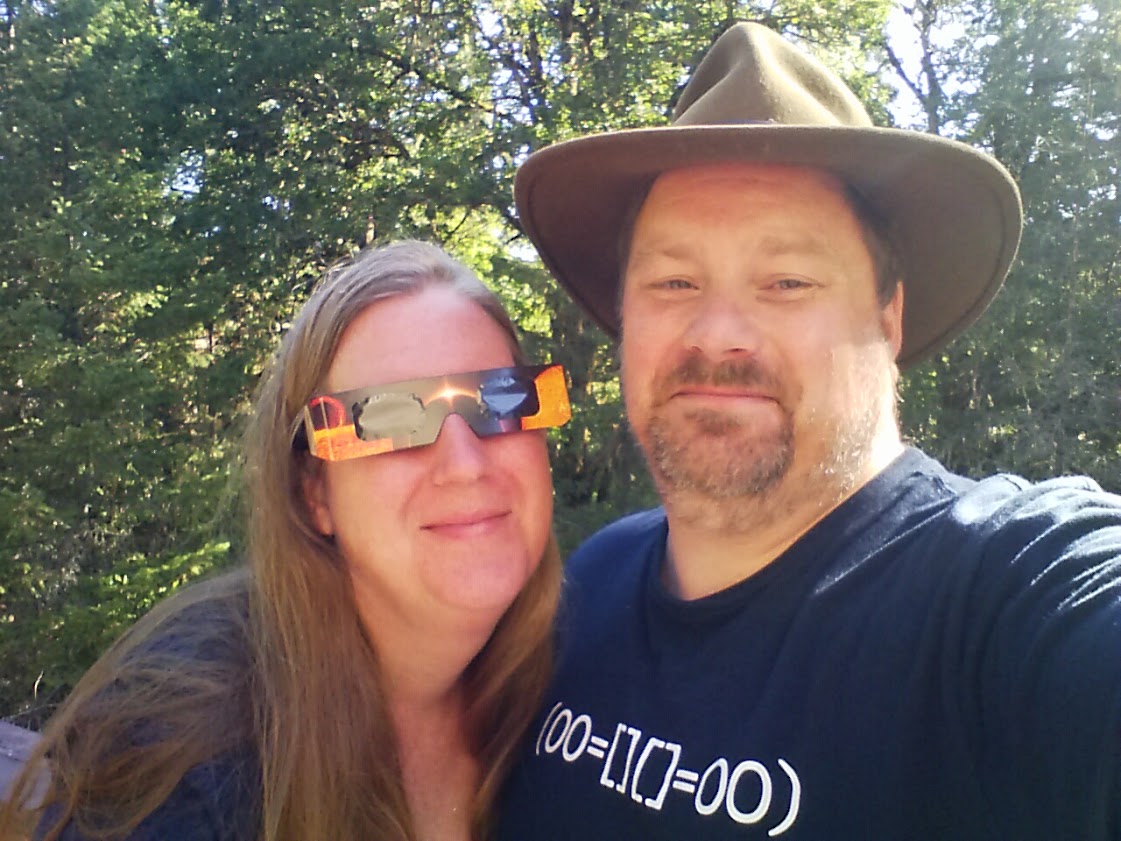 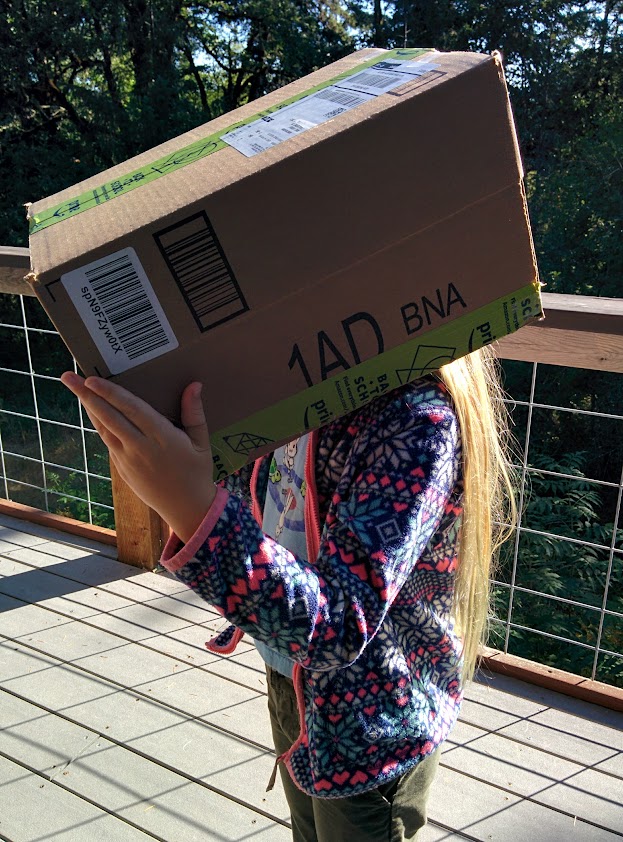 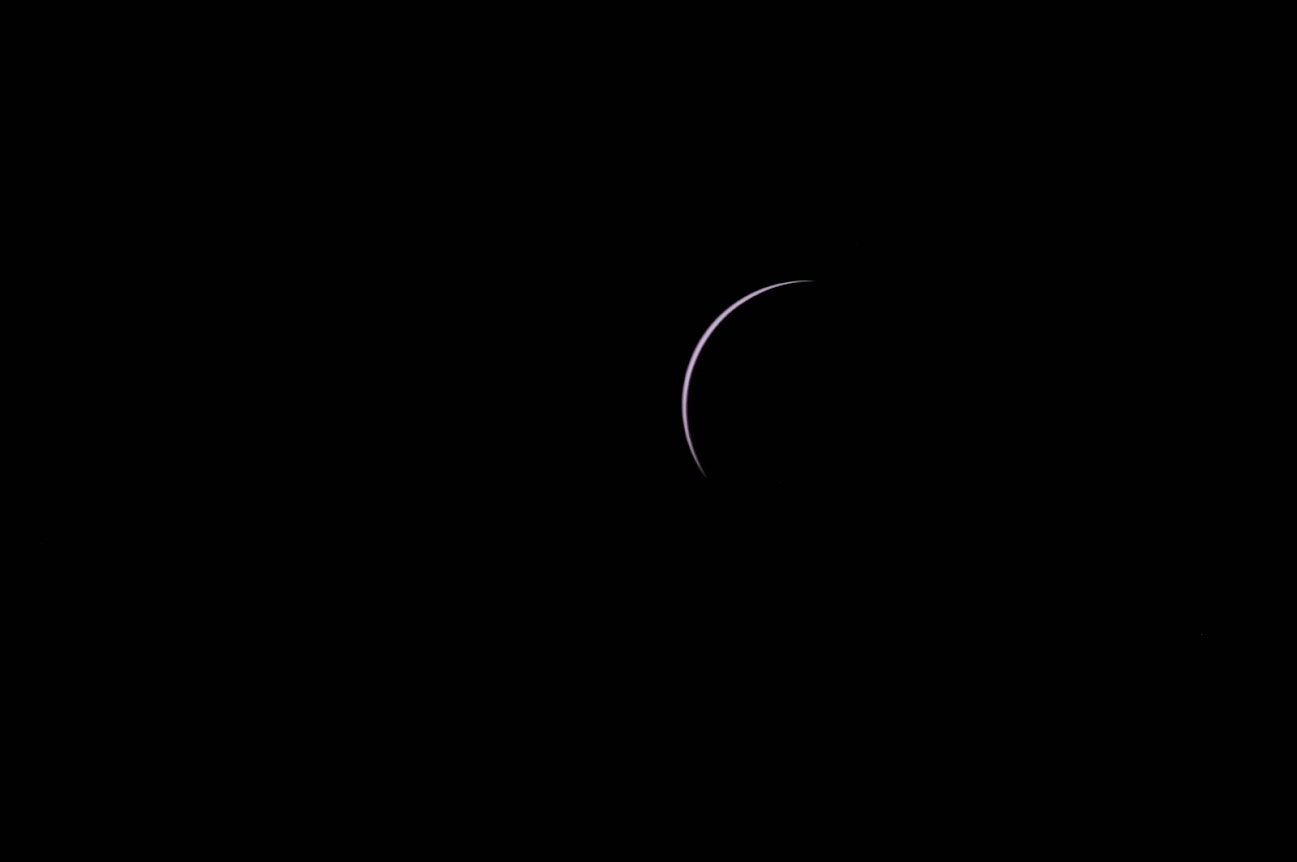 Getting to spend a lot of time just cooking, eating, and drinking with those folks - without distraction or obligation, was by far one of the highlights of our 2017.  In particular, we were charmed by Heidi and Tom, friends of Tim, who live in Oberjosbach, outside Frankfurt.  We can't wait to host them in San Diego or pay them a visit on our next trip to Germany!

With August and the Eclipse behind us, the rest of 2017 went by pretty fast.  We managed just one more camping trip this year - September's annual American Adventurist Mountain Rendezvous. 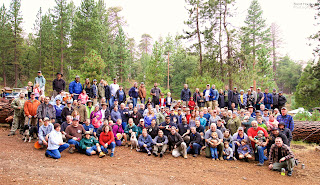 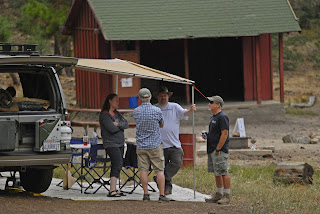 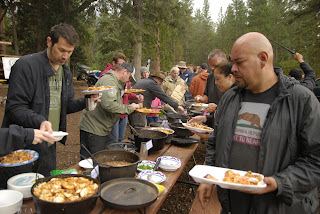 This is our yearly chance to meet with fellow adventure and travel-minded internet folks, nearly 200 strong this year.  Mike always enjoys cooking for the Dutch Oven competition - even if most of the work was done in the rain this time around!

Alright, alright.  "Enough travel photos!", I hear you saying.  Let's start to wrap up with some of the other stuff that's been going on for us this year.

Annika has been excelling at school, and on the Roller Derby track.  Since starting derby late in 2016, she's advanced quickly and has passed the skills tests to move to the intermediate level.  She's now a regular starter for the San Diego Derby Dolls "Baby Dolls" team! 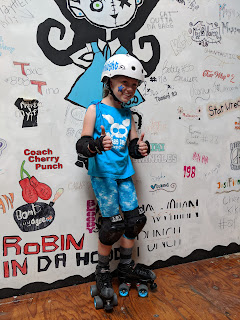 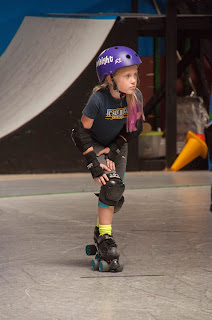 The progress she's made is nothing short of remarkable. At the last bout of 2017, she was starting Jammer and scored her first 10-point jam (no small feat, for those who don't know the sport.)  Her parents are particularly proud of her dedication, but Annika is most proud to have been named "MVP - Jammer" by her peers at that bout.  This year she has also been named "a badass" by no less than actress/stuntwoman Zoë Bell of Whip It fame, (in a Reddit AMA), and featured (again) in a music video by nerd-folk band The Doubleclicks, this time as an everyday superhero in their Wonder Woman song. (About the 1:06 mark).  Speaking of Wonder Woman, she chose to eschew Star Wars this year and instead dress as an Amazon of Themyscira.  Thank you, Patty Jenkins. 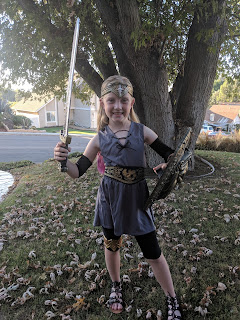 Kimberley continues to work much too hard at the University's Registrar's Office, and hit the 15 years of employment milestone at the University. Not too shabby! She's also discovered that she enjoys spinning (on a bike that is, not making yarn), and is becoming a regular at the local studio.

Mike is still working in marine instrumentation.  This year he helped his company launch a new micro-sized DVL (Doppler Velocity Log) that should be a game-changer for the AUV and small-Submersibles market.  His proudest moments of 2017, though, are probably photography-related.  Mike won 2nd Place at the Anza Borrego Foundation contest for his photo "Hiking Partner", and has been selected for the 2018 judging as well, thanks to the aforementioned "Superbloom". 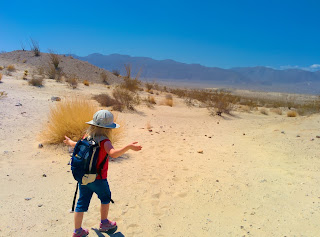 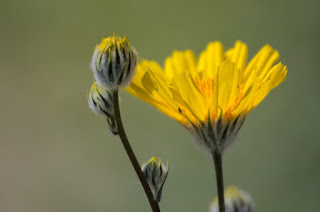 We've had a few misadventures too - a couple of health scares, battles with termites in the attic, and a string of untimely appliance failures and the like that have kept us all slightly-too-busy - but all of these seem appropriately trivial after a year full of adventure, and surrounded by good friends and family.

Posted by Choose_Adventure at 8:53 PM

Email ThisBlogThis!Share to TwitterShare to FacebookShare to Pinterest
Labels: 2017, Travel